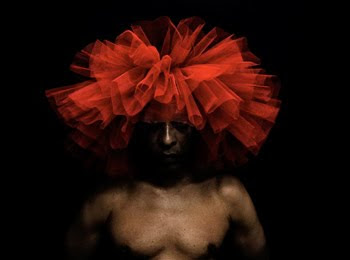 "Once upon a time there was a little prince who lived on a planet that was scarcely any bigger than himself, and who had need of a sheep..."

“Before they grow so big, the Baobabs start by being little.”

THE EXHIBITION BAOBABS is not thematic, but a curator’s choice with the intention of breaking free from all boundaries and political discourse, in order to inspire—both individually and as a collective—dialogue and reflection. Cuban artists Raul Cañibano, René Peña, Alejandro González, Arien Chang, Liudmila & Nelson, along with Mexican visual artist Alinka Echeverría and American photographer Susan Bank, individually share personal projects that each address a universal theme: identity, sexuality, health, religion and daily life.

A baobab is an African tree found in the remote deserts of Africa, Madagascar, and Australia. It is a tree that looks as if it is growing upside-down, with crooked branches, furry fruits and gnarled roots sitting on top of a enormous, smooth trunk. These solitary “upside down trees” have learned to adapt and survive in a dry and hostile environment. Many scientists have said that the capacity to endure this environment is one that the rest of the planet may very well envy with time as the earth heats up.

In the book Le Petite Prince, a baobab tree is cited as a tree that may "split" a small planet into pieces. The Little Prince had a real desire to destroy all the baobabs in fear that they would completely take over his planet. Without coming to any conclusion, I thought this was an interesting juxtaposition to the characteristics of the tree.

The meaning of the tree will vary and redefine itself according to the perspective of the observer. There are no conclusions—although this exhibition takes you to Cuba, in essence, in its themes, there is a universal reflection on awareness, tolerance, respect, acceptance, and most importantly, dialogue.

About the artists' series:

Susan Bank
(b. Portsmouth NH, USA 1938)
The Cuba: Campo Adentro series is a portrait of an agrarian culture where Susan Bank lived and worked with campesinos during numerous trips to the tobacco-farming region in the Valley of Vinales, Pinar del Rio Province, from 2002 to 2009. Bank focused on ten families, related by blood ties or marriage, who live and work with no modern conveniences. She set out to use the simple materials of daily life to explore the relationships among campesinos, their animals and land.

Raul Cañibano Ercilla
(b. Cuba, 1961)
Raul’s photography is about people and his connection with them, while documenting everyday life in Cuba. He is currently based in Havana where he works as a commercial photographer.

Arien Chang Castán
(b. La Habana, Cuba, 1979)
The series Long Life is a study of relationships between men and women who are between 100 and 109 years old, inspired by research carried out by the Center for Demographic Studies (CEDEM). It is an unprecedented achievement that there are approximately 1000 of these elderly individuals in a country which is under an economic blockade, where it is very difficult to get access to medicine and medical equipment. This is a clear example of the potential of Cuba’s health system.

Alinka Echeverría
(b. Mexico, 1981)
The series Cuba 1959: The Second Front, is a work in progress, on the collective memory and remembrance of the veterans of the Cuban Revolution. Through portraits of these men in their homes, Alinka attempts to visually extract fragments of these men’s collective memory to unveil anonymous life stories, which have become opaque by political discourse, and a battle between world powers. The process of being photographed wearing their military uniforms and medals, provoked, in many an emotional journey into their past and created a space for self-reflection of their identity as veterans of a war that changed their nation forever. 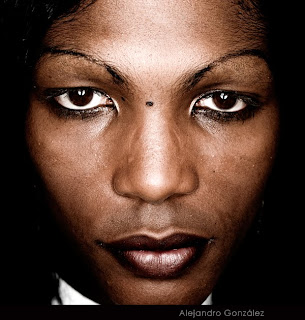 Photo: Alejandro González Méndez
Alejandro González Méndez
(b. La Habana, Cuba, 1974)
The series Inappropriate Behavior (Conducta Impropia) is an inventory of individuals subject to rejection or exclusion because of their sexual preferences. It is a denunciation of homophobia. Symbolically it is also a call to respect differences—political, ideological, and religious. The close up portraits taken during the World Day against homophobia celebration (May 17, 2008) show people’s faces and try to “erase” the features that identify them in terms of gender. The title of this work, Inappropriate Behavior, is ironic, because it alters the meaning of what had once been a chargeable offense.

Liudmila & Nelson
Liudmila Velasco (b. Moscú, Rusia, 1969/resides in Cuba since 1977) &
Nelson Ramírez de Arellano (b. Berlin, Germany, 1969/resides in Cuba since 1972)
The series El Viaje, is part of the many works Liudmila & Nelson have developed around the idea of a "journey", as a reference to a change of state or the implications of moving from one place to another. This project is also based on their personal and social experiences.

René de Jesus Peña González
(b. La Habana, Cuba, 1957)
The artist describes The series Untitled Album as a self reflection on being black in today’s western society. Peña believes the black person who is definitively inserted into western society has no need to seek pride in a remote past in Africa or in the cotton or sugarcane fields. Peña believes that as a black person, he feels proud of the history that he holds in the here and now, without needing to be stereotyped as a King of the Dance.

SUBSCRIBE via Email
Get updates on new photographer interviews plus news on contests, art shows and informed commentary on what's happening with diversity in photography. Subscribe to Dodge & Burn Photography Blog: Diversity in Photography by Email Follow me on Twitter @mestrich for more on photography